Celebrating Innovation During Times of Adversity 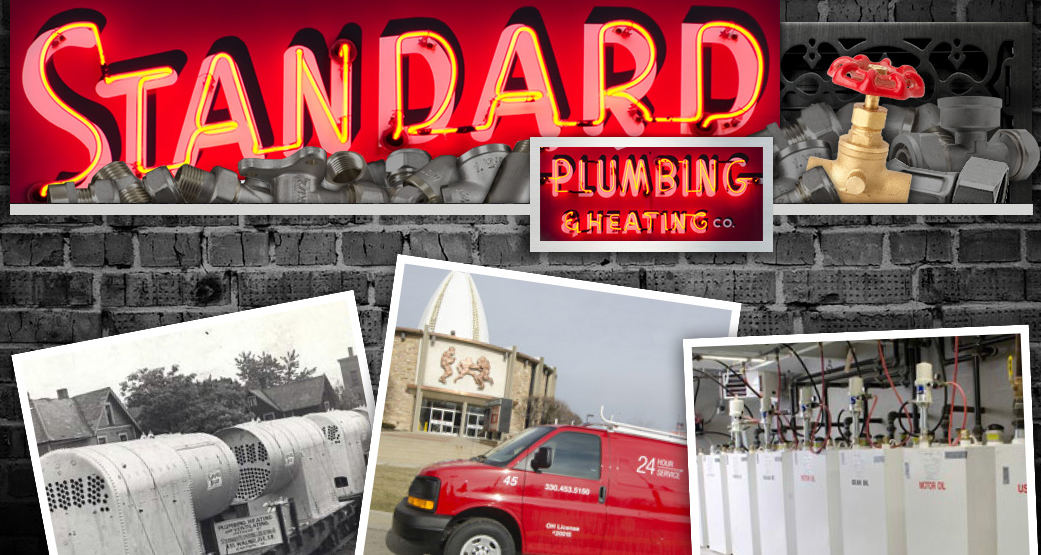 Dave Grabowsky has been linking family values to business operations since he took over Standard Plumbing & Heating Co. Founded by his grandfather, Herman Grabowsky, Dave has been carrying on that same caring and persevering mindset that started the business, which is what has been getting the company through COVID-19.

Dave’s grandfather is German and started the business when he first had to support his family in the eighth grade. Herman was handed a great responsibility because his father, who immigrated to America, died from black lung disease after working as a foreman at a machine shop. While Herman had little education, he had a lot of common sense. And because of his perseverance, Herman was able to start Standard Plumbing & Heating Co. to support his family.

The motivation Herman felt is the same type of motivation Dave feels when supporting the community. Winner of the Northeast Ohio Brightest Lights Entrepreneur of the Year Award, Dave has gotten the attention of the Canton Regional Chamber of Commerce and The M. Conley Company.

Dave’s entrepreneurialism is celebrated because of his strong attention to the community. Dave has been involved in several boards, and he has been seen giving back to those in need.

While the coronavirus pandemic has been challenging for many companies, The M. Conley Company has seen business owners like Dave take strides to innovate and remarket themselves. Some companies are waiting out the virus, but Dave adapted by changing the company’s go-to-market strategy.

When Dave took over the company, he focused on building its service division, which is now the largest in the area. Standard Plumbing & Heating Co. self performs while competitors subcontract their work. The company re-focused its service division by improving air quality for businesses, which has been a big discussion point with the virus.

By reading industry news and continuing to establish relationships with others (even online), Dave got the foresight that was needed to make the necessary changes. The more he listened, the more he heard how businesses needed air clean of contaminants.

“The biggest piece of advice I have for beginning entrepreneurs - listen. Know your product and industry by reading what others have to say, while understanding their problems,” Dave said.

Dave was able to bring this new technology into his service department because of remote collaboration tools. When promoting, they changed from print to digital. Social media played a big part in helping the company to spread the news.

Innovation in a time of crisis

Entrepreneurialism is about problem solving. It takes creative thinking and real perseverance to not give up during times of adversity. Standard Plumbing & Heating Co. has been in business since 1912, and it looks like they are going to continue being in business for a very long time.

“It’s important to have a team driven towards innovation,” Dave said. “We utilized technology the best way we could to make sure work was getting done and evolution was taking place.”